This was the objective of the 2nd Science and Gender Pre-Congress, which took place on February 9th, 2021, within the framework of the activities organized on the occasion of the celebration of the Science Women and Girls International Day. Specialists on gender, university and provincial authorities attended the virtual event, which gathered 350 people. [02.09.2021]

“Empowering diversity in science” was the name given to the second session of activities of the Science and Gender Pre-Congress, which took place on February 9 within the framework of the activities organized by IUPAC Global Women Breakfast on the International Day of Science Women and Girls.

The virtual meeting gathered gender specialists on different scientific fields with the objective of debating and reflecting on science with a gender perspective and it was broadcast on the Youtube Channel of the Ministry of Science and Technology of the Province of Córdoba.

The event was organized by the National University of Córdoba, the Scientific and Technological Center of the National Scientific and Technical Research Council (CONICET), the Provincial University of Córdoba, together with the ministries of Science and Technology, Justice and Human Rights and Women´s Affairs. The event counted with the participation of 350 people. 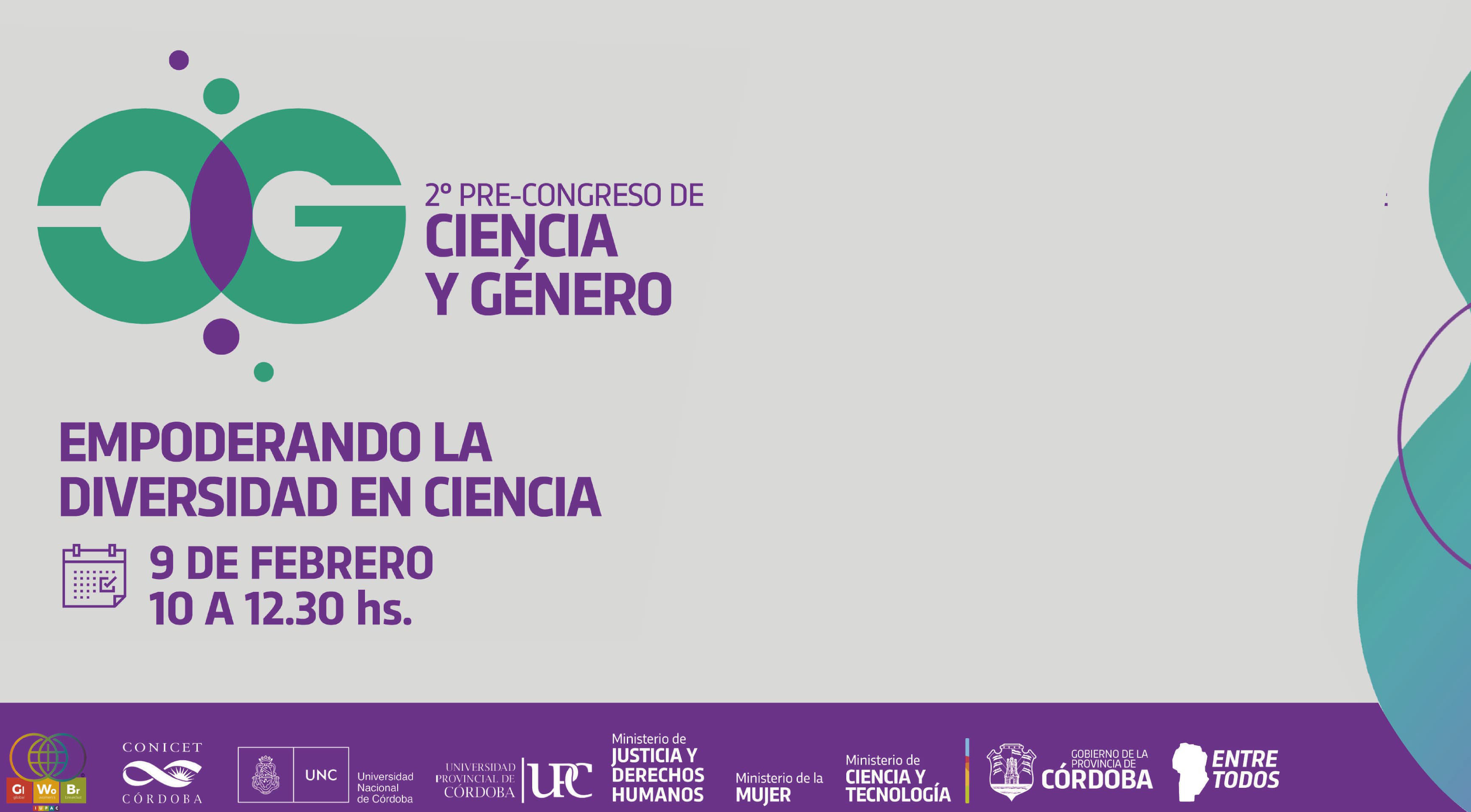 During the pre-congress opening session, Mr. Hugo Juri, UNC Rector, highlighted that gender equality in science is linked not only to a necessary “social justice issue”, but also with the country’s national and productive development. In this sense, he pointed out the need of the National University of Cordoba of including in its university statutes diverse aspects such as gender equality in contest boards, research projects and in study and evaluation material. "That is going to be the main change we are going to request for the university statute," he emphasized.

For her part, CONICET’s President, Ms. Ana Franchi, stressed the importance of addressing the gender issue as both subject and object in science, by specifically referring to the strong bias on research given either by the exclusive use of males as model research animals and scientific experiments. “A single model is included, the male one, and it is taken as a representation of the whole species,” she affirmed.

At her turn, Ms. Claudia Martinez, Minister of Women's Affairs of the Province of Cordoba, mentioned that this second pre-congress intends to make visible and recognize centuries of women’s marginality and exclusion as well as to bring to light the ban on women to participate in certain spaces. She also underlined that it is necessary to debate and discuss the redistribution of the caring tasks, which are highly delegated into women’s hands, and the role of women and diversity at universities.

Mr. Pablo de Chiara, Minister of Science and Technology of Córdoba, referred to the need of recognizing and making visible the women and diversity who work in the scientific area, as well as promoting their development. Additionally, Mr. Julian Lopez, Minister of Justice and Human Rights of the province, highlighted the need to work on the reduction of the existing wide gender gap in the areas of Science,Technology, Engineering and Mathematics, as, in these areas, women represent less than 30% of the whole, according to UNESCO’s data.

To follow with, the round of panelists approaching different issues related to women and diversity in science started off. Among the speakers, the event counted with the presence of Mr. Hugo Rabbia (University and gender: impact of the Micaela’s Law training on UNC), Mr. Fran Bubani (Challenges which stem from the sex-gender diversity visibilization in the scientific environment), Ms Catalina Boetto (The challenge of working in cattle raising) and Ms Patricia Castellano (The Gender Perspective in academic and scientiic environments).This round also collected diverse testimonies and experiences lived by women and diversity in scientific and technological environments.

Gender equality and science contribute to the compliance of the sustainable development of objectives set on the 2030 United Nations International Calendar (UN).
The Congress will deal with the gender perspective from the feminist paradigm and with its scope on Human Rights. This is a debate and reflection space with the objective of exchanging and sharing knowledge in scientific, technological and artistic environments. Various participants shall approach strategic themes defined by the organization committee by means of conferences, symposiums, artistic interventions, posters exhibitions, summaries, workshops and discussion forums, among other activities. The event shall take place from August 24 to August 27, 2021, and it will be online as well as partly off-line, depending on the epidemiological situation at that moment.