The Night of the Museums- UNC- A new narrative mode

The Night of the Museums- UNC- A new narrative mode

Authorities of the National University of Cordoba, Cordoba’s city City Hall and Cordoba’s Culture Agency communicated all the details of the new edition of The Night of the Museums. This traditional event took place on Friday, November 20 from 9 pm to 2 a.m. It could be accessed virtually through the following site : www.nochedelosmuseos.unc.edu.ar. [04.11.2020]

On November 4 , 2020, at the Old UNC Rectorate,  a press conference with the intention of communicating all the details of the 2020 edition of The Night of the Museums took place.

This traditional event took place virtually on November 20 from 9 pm to 2 a.m. Under the motto , “Museums for Diversity. Dialogues from virtuality”, 19 UNC museums invited viewers to go around their exhibitions and collections as well as enjoying scientific, ludic and recreational experiences, together with numerous artistic proposals.

On this 10th edition of The Night of the Museums in Cordoba, the university museums, together with museums and cultural spaces belonging to Cordoba’s city City Hall, as well as museums dependant on the Government of the Province of Cordoba were faced with the challenge of generating , through virtuality,  areas of dialogue and the exchange of ideas and reflections on diversity, respect for the differences and pluralism within the socio-cultural weaving that contains us all and in which museums are inserted.

In the words of Mr.Roberto Terzariol , UNC General Secretary, it is highly positive that The Night of the Museums can be held even in this pandemic context. “We are proud to announce that the organizing institutions have prepared and adjusted themselves so as to be able to offer this mega event, already a classic for Cordoba’s community, as every year, but this time remotely”, he gladly expressed.

Along the same lines, Mr Yanzi Ferreira, UNC Vice-rector thanked the people who have been working hard during all these months in the organization of all the details to make The Night of the Museums come true. He added that virtuality, far from being a constraint , on the contrary,  opens up the possibilities for larger audiences to participate and access to the museums for the first time.

Visits to the museums were online and access to each one of them was through the event’s website and multiple communication channels, such as social networks; Cordoba Culture Agency’s streaming during the whole event, a special program on Channel 10 ( 10.30 to 11.30 pm) and through Channel U ( this timetable was to be confirmed). 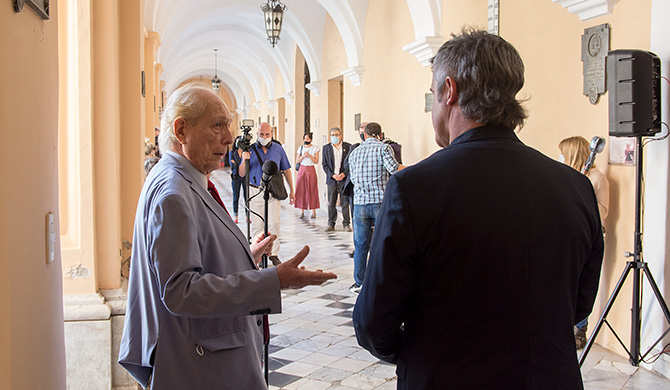 The organizers of the Night of the Museums 2020 were: The National University of Cordoba-UNC- (General Secretariat and the Museums Program Unit), Cordoba Culture Agency ( Province of Cordoba Government) and Cordoba city’s City Hall through their Culture Sub- Secretariat.

Museums for Diversity. Dialogues from Virtuality

The Night of the Museums decided , from its beginnings,to strengthen the bonds of the museums with society by sharing Cordoba’s history , science , art and culture , well-kept in the museums of the National University of Cordoba, Cordoba’s Province, and of Cordoba city’s City Hall,

The objective was to propose a different meeting point with diverse audiences, through sensitive and educational experiences linked to the museum's content and to generate new discourse modes that may produce questioning, interpellation, interpretation and the creation of new senses.

Apart from exhibiting our city’s museum heritage , The Night of the Museums decided to turn itself into a space for sharing knowledge and the exchange of ideas about social and cultural issues, thus, contributing to the social acquisition of scientific, artistic and cultural knowledge. 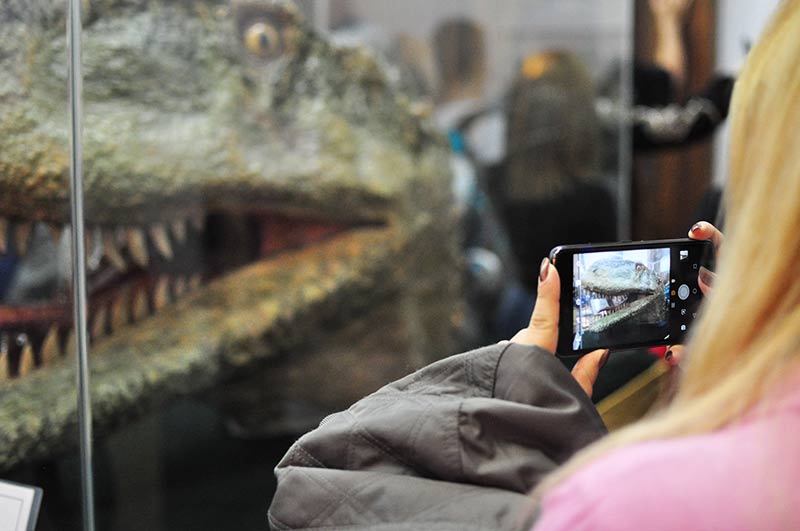 Within the framework of such a particular year, as 2020 is, the Night of the Museums Organization Team decided to continue with its objective and on this tenth edition, the motto was: “Museums for Diversity. Dialogues from Virtuality”.

The virtual format of the event and the new ways of socializing that imply digital technology alter the concept of meeting in the public space, given by the in-presence editions. This fact determines the challenges of supporting and strengthening the bond with the local audience as well summoning and interesting other audiences.

This fact also leads us to consider that cultural diversity and differences are currently taken up by communication technologies, and it is through social networks- internet, mobile phones and digital technologies-that bonds are set between people, and, also, through them, communities are built on as well as supported.

The idea is not to replicate a parallel museum, but to show and recreate collections, objects, histories , characters , historical, scientific and cultural events that represent a live museum through new narrative modes which may be re-shaped in virtuality, and, that the audiences’ different points of view may propose new possible senses.

UNC Museums that participate in the event: