CONICET and Universidad Nacional de Córdoba interdisciplinary institute inaugurated its own building that will carry out research, scientific production transfer, and training activities. [05.07.2018]

The CIECS new premises were opened today in the presence of the UNC Vice-Rector, Pedro Yanzi Ferreira, acting CIECS Director Adrián Carbonetti, and CONICET President *, Alejandro Ceccatto, among other authorities.

The CIECS is an institute created in 2007 with the purpose of providing an adequate space to conduct activities of scientific research, transfer of results to society and training of human resources related to social studies. 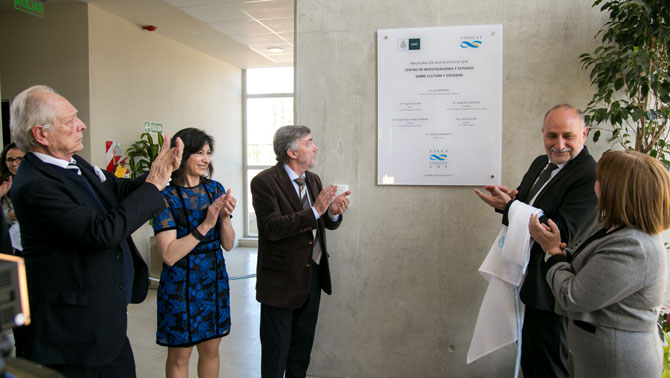 Regarding the formal opening of the interdisciplinary institute’s new building, CIECS acting Director said with satisfaction: “This achievement is very important because, in most cases, Social Studies researchers have conducted their work in solitude. Raising this building allows multidisciplinary processes of interaction among researchers and also with research fellows who are in training programs”.

For his part, UNC Vice-Rector praised the value of the joint work that CIECS authorities carried out with UNC and CONICET’s that resulted in the construction of this building. “To me, being part of this opening ceremony is a source of joy and an honor. This will become an important space, as the CIECS has grown and the suggested goals for its setting have been reached beyond our expectations”, said Yanzi Ferreira. 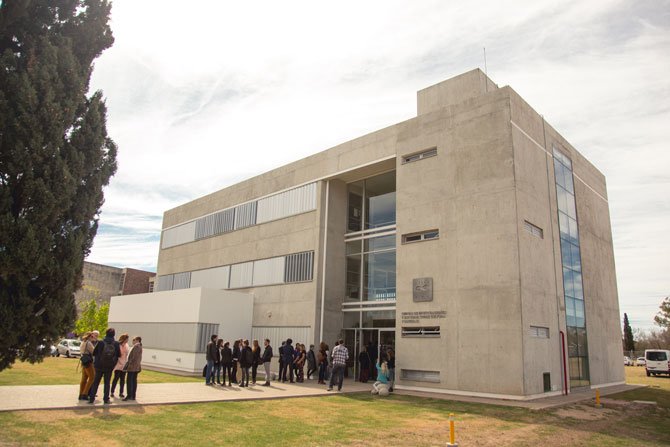 A brief historical review of the CIECS

CIECS came into being as part of the Center for Advanced Studies (CEA) at UNC. In 2007, a center was created with the name Centro de Estudios Avanzados UE (Center for Advanced Studies Executive Unit), which/was subordinated to both CONICET and UNC. At the same time, the Centro de Estudios Avanzados already existed as a UNC graduate studies center.

As a consequence of the misunderstandings between these institutions, in 2011 the Executive Unit changed its name to Centro de Investigaciones y Estudios sobre Cultura y Sociedad (Center for Research and Studies on Culture and Society, CIECS).

In said departments, there are 32 programs and research areas; also an affiliated research group in psychology (CIPSI). In total, there are 72 researchers (60 are CIECS, CONICET and UNC’s and 12 are CIPSI’s), and 89 research fellows (74 are CIECS, CONICET and UNC’s and 15 are CIPSI’s). The disciplinary fields at the center are Law, Political Science and International Relations; Literature, Linguistics and Semiotics; Philosophy; History, Geography, Social and Cultural Anthropology; Sociology, Communication and Demography; Economics, Management and Public Administration Sciences; Psychology and Education Sciences, and Archaeology and Biological Anthropology.

* The National Scientific and Technical Research Council (CONICET) is the main organization in charge of the promotion of Science and Technology in Argentina.